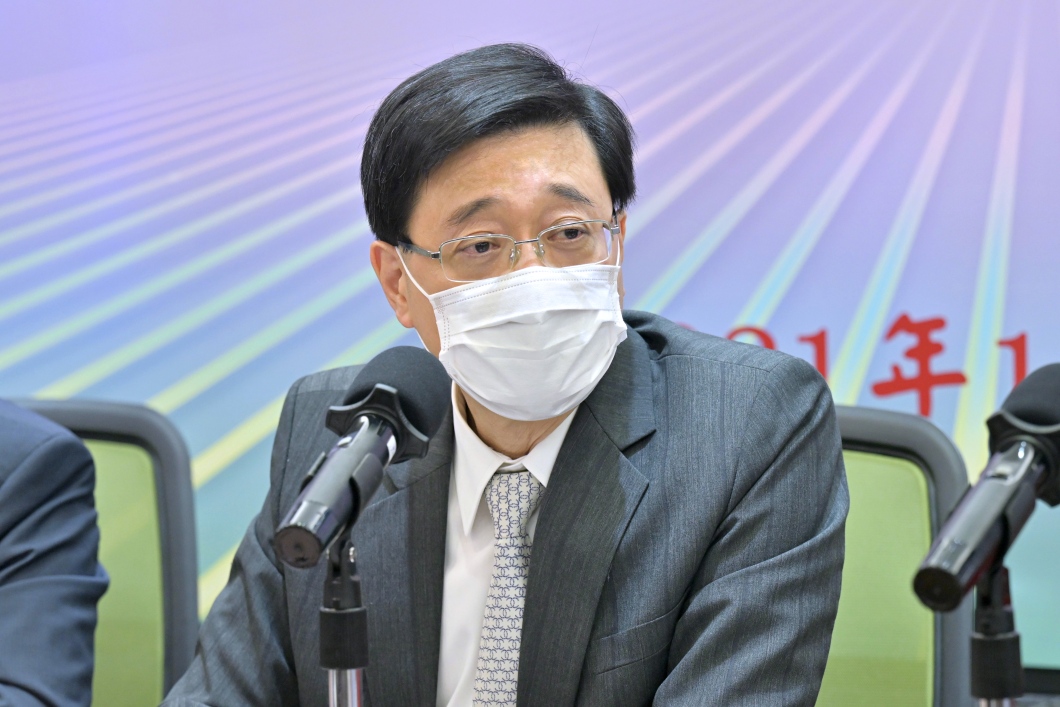 The fifth-wave epidemic is rampant in Hong Kong. We are facing the most formidable challenge in our fight against the COVID-19 pandemic which began over two years ago. Being at war with the virus, the HKSAR Government is striving to fulfil the important instruction of three “ALLS” and two “ENSURES” of President Xi Jinping, i.e. stabilise the epidemic situation as the overriding mission above all others, mobilise all available manpower and resources and adopt all necessary measures, so as to ensure the safety and health of Hong Kong people as well as to ensure the stability of Hong Kong’s society.

I sincerely thank the Central Authorities for attaching great importance to the HKSAR’s request for assistance. Soon after the Mainland-Hong Kong thematic meeting on the COVID-19 epidemic held in Shenzhen on February 12, the support of Mainland personnel and resources has been coming on stream, including the arrival on the fifth day after the meeting of epidemiological experts and the first batch of two mobile testing vehicles, and the arrival yesterday of four experts in treating severe cases and over a hundred personnel assisting in the collection of samples for testing. The construction of isolation and treatment facilities with the support of the Country also commenced yesterday, with some 10 000 units to be built in Penny’s Bay and Kai Tak. China State Construction International Holdings Limited was commissioned to carry out the construction work. The Chief Executive and the Deputy Director of the Liaison Office of the Central People’s Government in the HKSAR attended the groundbreaking ceremony.

Ensuring the supply of food and necessities

The Guangdong Provincial Government and the Shenzhen Municipal Government have made multi-faceted co-ordination efforts and maintained close liaison with the HKSAR Government in ensuring the supply of fresh food, vegetables and daily necessities to Hong Kong. In particular, the supply of fresh food and vegetables by water transportation has started, supplementing land transportation. While fresh food is transported directly from Panyu to Yau Ma Tei Public Cargo Working Area, vegetables are delivered from Yantian Port in Shenzhen to Kwai Chung Container Terminals. Authorities of both sides are discussing other contingency plans, including opening Liantang/Heung Yuen Wai Boundary Control Point as an additional temporary fresh food control point for emergency use, and increasing the channels for receiving fresh food. 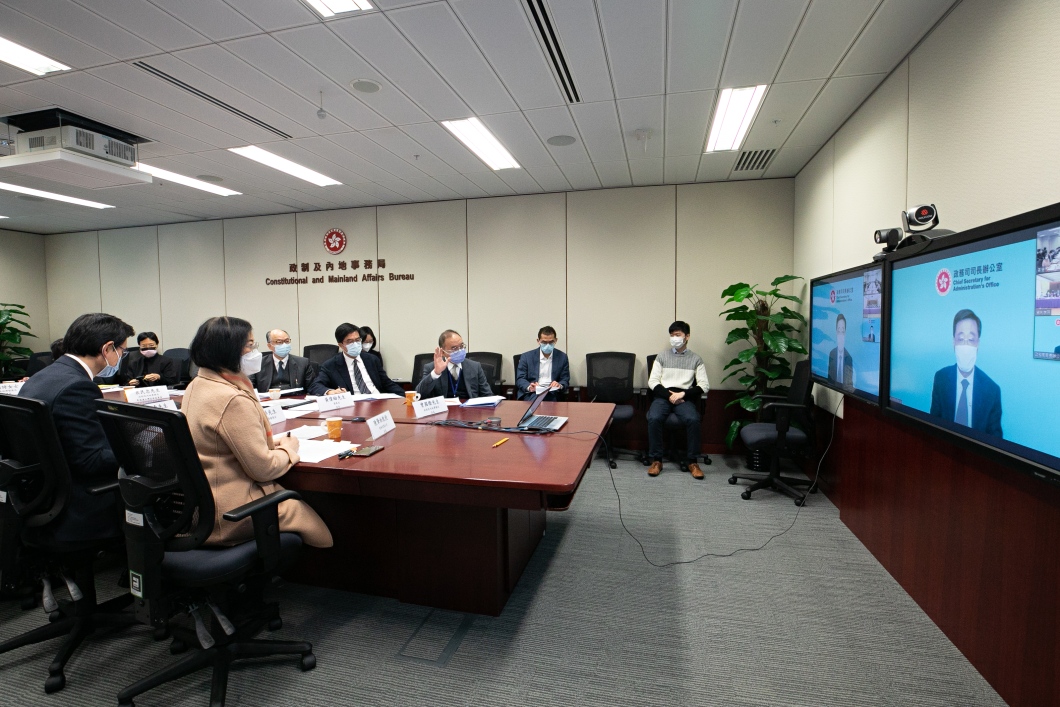 Regarding the five anti-epidemic task forces, Deputy Director Huang Liuquan of the Hong Kong and Macao Affairs Office and I held a second video conference on February 18. Other attendees of the meeting included the leaders of the Mainland task forces and the bureau secretaries in charge of the five task forces in Hong Kong. In-depth discussions were conducted on various support plans and details, including the construction of more isolation facilities and the enhancement of Hong Kong’s testing and treatment capacities. With strong will and high morale, the two sides have been pressing ahead with the follow-up work non-stop.

The HKSAR Government is also making all-out efforts to enhance the capacity of isolation facilities, including implementing the Community Isolation Facility Hotel Scheme, making use of newly built public rental housing, converting the Penny’s Bay Quarantine Centre into a community isolation facility and carrying out conversion of some indoor sport centres. A total of over 20 000 additional units are expected to be provided.

Uniting all sectors of the community to fight against the epidemic

The HKSAR Government will “mobilise all available manpower” to fight against the epidemic. Two days ago, I attended an online meeting hosted by the Liaison Office which aimed at rallying all sectors of the community to contribute their ideas and work together to combat the virus. I wish to express my heartfelt thanks for the overwhelming response from different sectors, enterprises, associations of fellow townsmen as well as local communities. They have offered multi-faceted support such as organising volunteer teams to help the grassroots, making donation in kind, vacating hotels for use as isolation facilities, setting up a designated taxi fleet and lending premises for operating vaccination venues. There are also many unsung heroes and heroines in our society who have come forward to help in our battle against the epidemic. Their efforts, which well deserve our recognition, give me a strong sense of unity and strength.

With the Central Government’s staunch support, Hong Kong’s capability of testing, isolation and treatment will be significantly enhanced, enabling the HKSAR Government to implement plans to contain the virus in a more robust and comprehensive manner for “early identification, early isolation and early treatment” of the infected, so as to win the fight against the transmission speed of Omicron and reverse the rising trend of infection cases with a view to achieving the ultimate target of “zero infection”.

The virus is now the only enemy of Hong Kong. Should there be no more social division or internal conflicts, but only the unity and concerted efforts of Hong Kong people as well as the backing of our Country, we will surely win the epidemic battle.