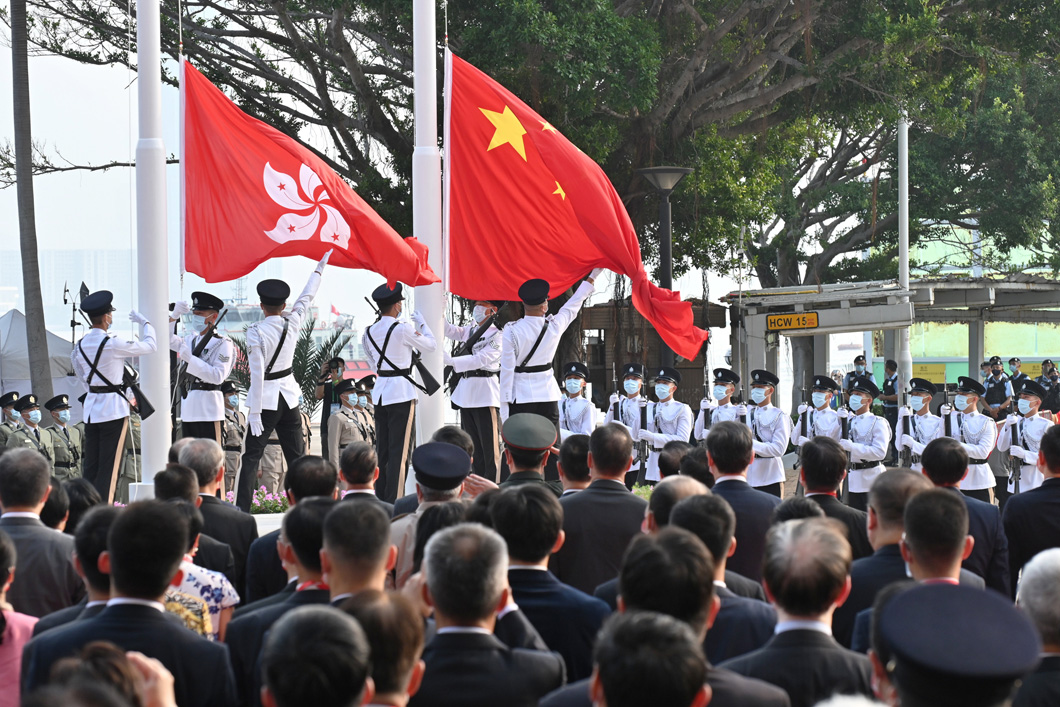 The Chief Executive and I, together with Secretaries of Departments and Directors of Bureaux, attended the flag-raising ceremony and the National Day reception held at the Golden Bauhinia Square this morning in celebration of the 72nd anniversary of the founding of the People’s Republic of China. On this day of significance, I wish our country continued peace, prosperity and vibrancy, and may Hong Kong prosper with social harmony and stability.

This year’s flag-raising ceremony was particularly impressive and overwhelming to me. With the sonorous singing of the national anthem, all guests held their gaze as the national flag and regional flag were raised to full mast. The dignity and solemnity of the ceremony were indeed rousing and exhilarating. The National Day celebrations this year featured the following characteristics:

(1) The flag-raising party marched to the ceremony in Chinese-style goose-stepping, displaying confidence and professionalism in perfect synchrony. This was the second time Chinese-style marching was used in a celebratory flag-raising ceremony at the Golden Bauhinia Square, which marked an unequivocal manifestation of national sovereignty.

(2) This was the first National Day celebration after the first election (i.e. the Election Committee (EC) Election) had been successfully held under the improved electoral system, which served as a clear pointer to social security and stability.

(3) The city was buzzing with all sorts of celebrations organised for public participation and filled with a vibe of festivity. A sea of undulating national and regional flags could be seen everywhere, such as in Lee Tung Street in Wai Chai, Central Market, Tsim Sha Tsui East, Yue Man Square in Kwun Tong, Hong Kong Gold Coast and Tuen Mun Cultural Square, making a perfect backdrop for excited and elated citizens to take photos from different angles to capture the buzz and scene. 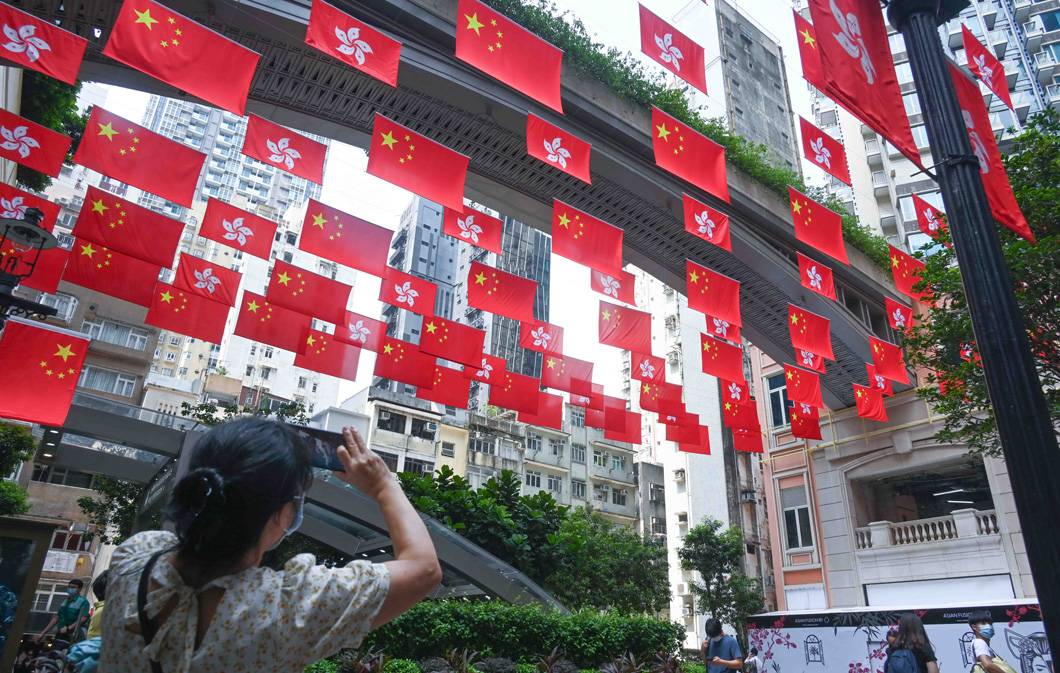 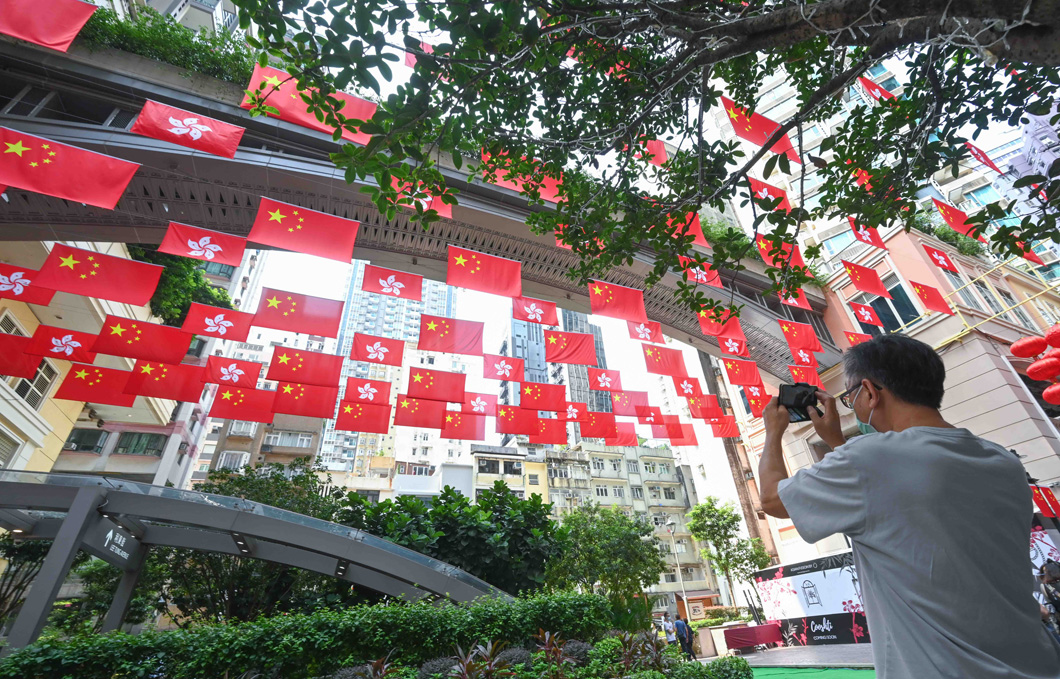 This year also marks the 24th anniversary of Hong Kong’s return to the Motherland. Our country has been giving us its strong backing and caring support. The Hong Kong National Security Law and the improved electoral system have laid a solid foundation for the long-term stability and safety of Hong Kong. The implementation of the National Security Law has achieved immediate results and restored security and stability in our society. The EC election just completed is the very first election which puts the principle of “patriots administering Hong Kong” into practice. It has not only marked a new milestone in our political system, but also unveiled a new chapter of constructive and effective governance in Hong Kong.

The National Day reminds us of the importance of national identity and national security. As Hong Kong’s future lies in the hands of our youth, it is cardinal to nurture them, particularly with a sense of national identity and patriotism. The Government has been pressing ahead with related work, and various bureaux and departments, including the Education Bureau, the Home Affairs Bureau and the Constitutional and Mainland Affairs Bureau, have been tasked with this important mission. In addition to school education, youth education also encompasses public education, family education as well as the development of media and information literacy. All these components are meant to imbue our young people with a sense of national identity and correct values so that they can tell right from wrong. While the Government will continually take forward related youth work, collaboration and concerted efforts of different sectors of society are also indispensable to fostering youth growth and development, and to nurturing our young people into virtuous individuals who always stand ready to contribute to both our country and our city.