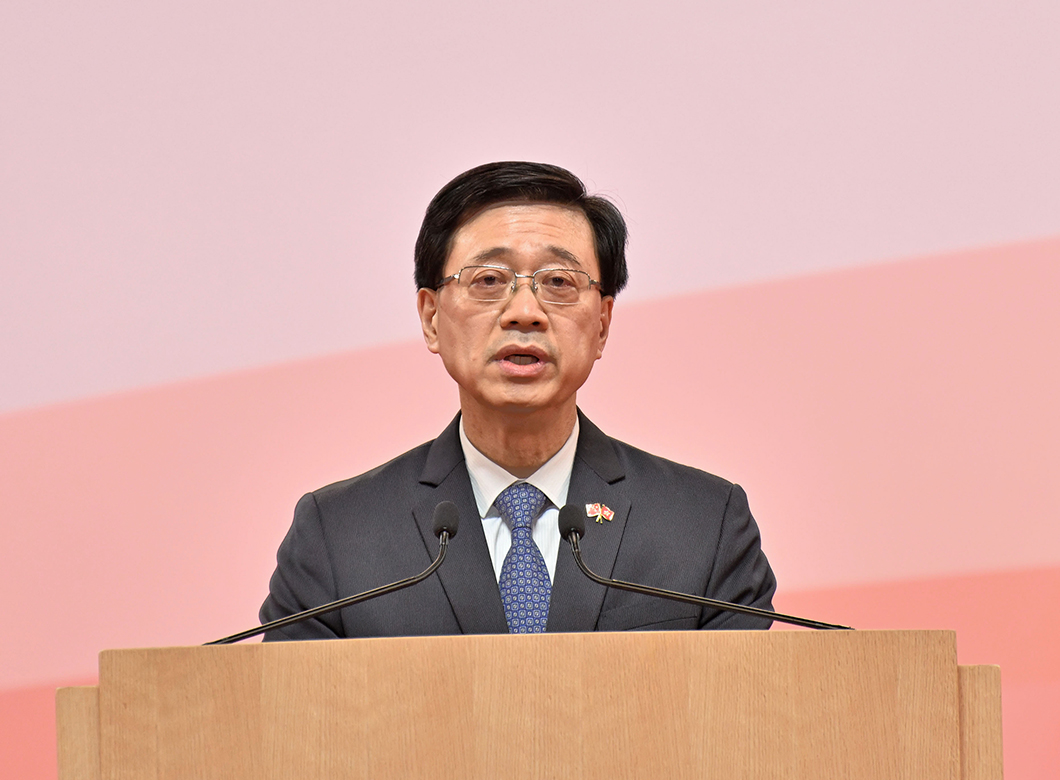 The violent riots that had taken place in Hong Kong since June 2019, including acts of assault on innocent people, vandalism of public properties, wanton hurling of petrol bombs, serious disruption of traffic and so on, not only shattered the overall safety of the territory, but also had the more profound consequences of ruining people’s law-abidingness and breeding homegrown terrorism. Although the Law of the People’s Republic of China on Safeguarding National Security in the HKSAR (National Security Law) has put an instant end to the chaotic situation and restored the overall security of Hong Kong, pro-independence activists and saboteurs have not given up on their pursuit.

On July 1, police officers patrolled and were stationed at various locations in the territory with a view to safeguarding public order and public safety. Some 20 persons were arrested for various offences including possession of imitation firearm, possession of offensive weapon, desecration of the national flag and disorder in public places. At around 10 pm, a man stabbed a police officer with a knife on Hennessy Road in an attempt to murder him. Afterwards, the man stabbed and killed himself. Investigation revealed that it was a lone-wolf terrorist attack.

I have said on many occasions that local terrorism is breeding in Hong Kong. Since the outbreak of the riots in 2019, there have been more than 20 cases involving explosives and pistols and they were similar to overseas terrorist attacks in modus operandi. People who are radicalised by extreme ideologies may often appear normal, but may suddenly commit lone-wolf terrorist attacks. Examples include the lone-wolf acts of ramming a car into a crowd in Germany, mass shootings in the United States and detonation of homemade bombs that resulted in serious casualties.

The Hong Kong Police Force is capable of handling and combating these attacks. Police officers have time and again prevented a tragedy from happening by arresting the criminals before their attempts. Although Hong Kong is on the whole safe, the public must remain vigilant for local terrorism. Apart from reporting on suspicious persons or objects, they must also co-operate with police actions under safe circumstances.

Domestic terrorism often emerges from the incitement of hatred, discord and divide as well as the glorification or justification of terrorist activities. Lone-wolf terrorist attacks may be carried out spontaneously by someone who is self-radicalised or incited by extreme ideologies. I notice that there are online posts advocating support for the suspect who attempted to murder the police officer. Through the so-called mourning and flower-offering, some people try to glorify, endorse and even encourage this kind of terrorist acts. Such thinking and actions serve no purpose but to keep on propagating destruction, threatening the security and order of Hong Kong as well as the well-being of all Hong Kong citizens who aspire to have a better place to live in and work. Anyone who advocates or incites terrorist activities may even be liable for the very serious offence of terrorism under the National Security Law.

While the Government will crack down on local terrorism sternly and the police will step up its intelligence and investigation work to prevent and combat terrorism in every way, the community should also raise its alertness and be co-operative with the police in law enforcement.