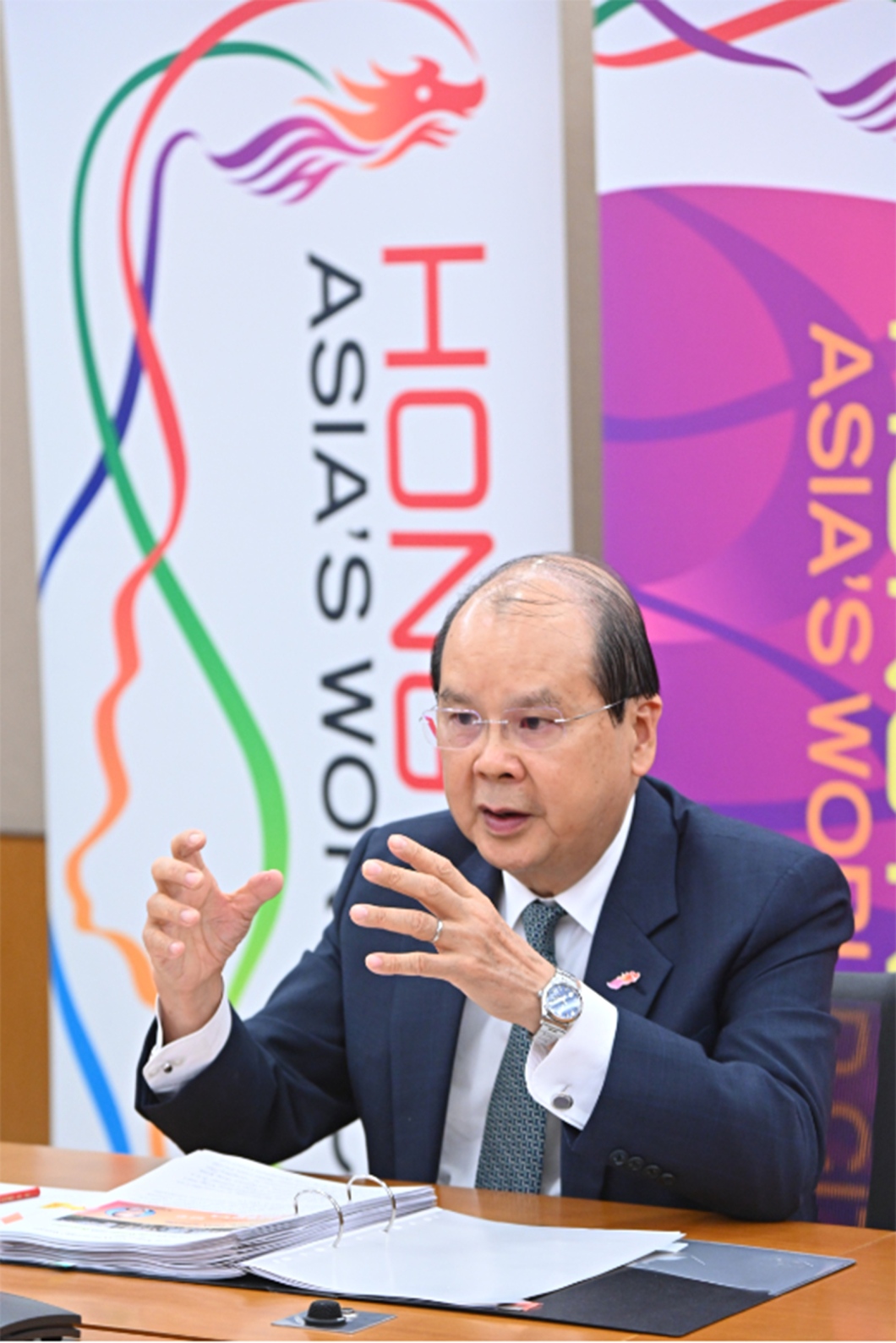 For a good hundred years the CPC has led its people in braving the winds and billows to forge ahead on a tumultuous journey. Under its leadership, China has captivated the world with remarkable achievements, and lifted its people out of poverty to become prosperous and strong. The CPC has not only given 1.4 billion Chinese people a sense of security, achievement and well-being, but also wiped off the country's disgrace of being in prolonged weakness with people living in misery and the humiliation of being invaded by foreign powers a century ago. Had the CPC not existed, China could not have become what it is today. This is an indisputable historical fact. The CPC is resolute in striving for the well-being of the Chinese people, rejuvenation of the Chinese nation, as well as peace and development of humanity.

The CPC is the leader empowered by the Constitution. It is also the founder and defender of "One Country, Two Systems", a great and innovative concept created from an entirely pragmatic perspective with full regard to the historical and practical situation of Hong Kong. The smooth reunification of Hong Kong with the motherland is one of the significant achievements in the CPC's century-old history.

Embarking on a new journey after a great leap forward

After opening up for more than four decades, our country has advanced in leaps and bounds in its socio-economic development. With an average annual economic growth of 9.2%, it has become the second largest economy in the world. Last year, its gross domestic product (GDP) reached RMB 101.6 trillion, accounting for about 17% of the global GDP. With a huge economic size, it tops the world in many areas. In terms of merchandise trade, it is the world's largest trading economy with a strong industrial capacity, and ranks first in the output of more than 220 out of some 500 major global industrial products. It is also the world's second largest consumer market, with total retail sales of social consumer goods nearly on par with the United States (US) last year. Under the 14th Five-Year Plan, it will strive to expand the middle-income group and continue to unlock its domestic consumption potential. In 2020, it surpassed the US and became the world's largest destination of external direct investment, fully reflecting its enormous attractiveness to global investors. Such remarkable achievements have enabled all Chinese people to take pride in their country.

While drastic changes unprecedented in a century are unfolding in the world, our country is now at a critical juncture in realising the great rejuvenation of the Chinese nation, while facing numerous new challenges posed by the international community. Every generation has its own historic mission and obligations. Let us all join forces and strive ahead to realise the great rejuvenation of our nation.

Hong Kong derives not only strengths and confidence but also the strongest backing from our country. The 14th Five-Year Plan and the development of the Guangdong-Hong Kong-Macao Greater Bay Area (GBA) will create enormous new opportunities and lay a solid foundation for Hong Kong to go further and beyond after the epidemic.

Over the years, the CPC has been nurturing the development of "One Country, Two Systems" and caring for the well-being of Hong Kong people. On seeing that Hong Kong had faced unprecedented crises and challenges in the past two years, the CPC-led Government promulgated the Law of the People's Republic of China on Safeguarding National Security in the HKSAR (National Security Law) to timely restore the city's order, improve its electoral system and ensure "patriots administering Hong Kong".

So long as we stay true to the original aspiration in implementing "One Country, Two Systems", share the common goal of maintaining the long-term prosperity and stability of Hong Kong, capitalise on the current hard-won stability and rationality, endeavour to address livelihood issues and seize the great economic opportunities brought by the 14th Five-Year Plan and GBA development, Hong Kong will surely be able to take off again and contribute to the future development of the country. 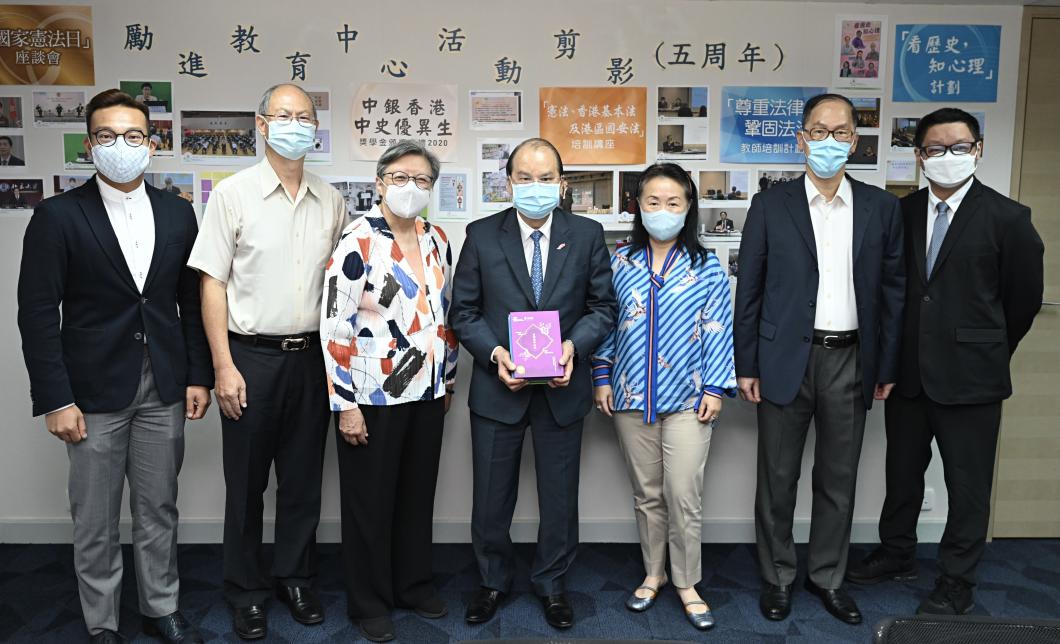 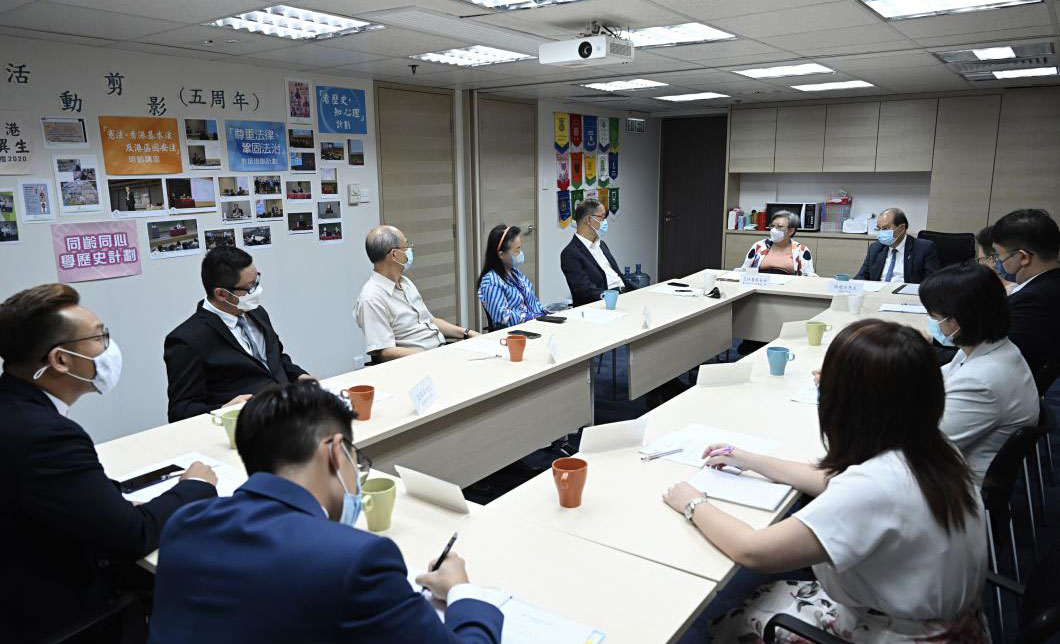 Last Tuesday, I visited the Endeavour Education Centre to exchange views on enhancing young people's knowledge of the country and promoting the Constitution and the Basic Law. I also got to know how the centre helps cultivate in young people a proper sense of the nation, its people and its history through enhancing their understanding of the Chinese culture and history as well as the country's development.

The centre has spared no effort to enhance young people's knowledge of the motherland and foster in them a sense of national identity through a wide range of activities, including hosting training sessions commissioned by the Education Bureau on the Constitution, the Basic Law and the National Security Law. Such training aims to equip teachers, principals and school management committee members with better knowledge of the Constitution and the Basic Law, clear up misunderstandings of the Basic Law, and dispel their worries about the National Security Law, thereby enhancing their ability and confidence to explain the relevant contents to students. The centre's efforts in this regard merit our full recognition.

The Government has all along been making significant investments in education. We aim not only to instil the next generation with academic knowledge, but also to nurture them to become quality citizens who have a sense of belonging to the country, an affection for Hong Kong, an international perspective, and an awareness of their national identity, national values and social responsibilities. 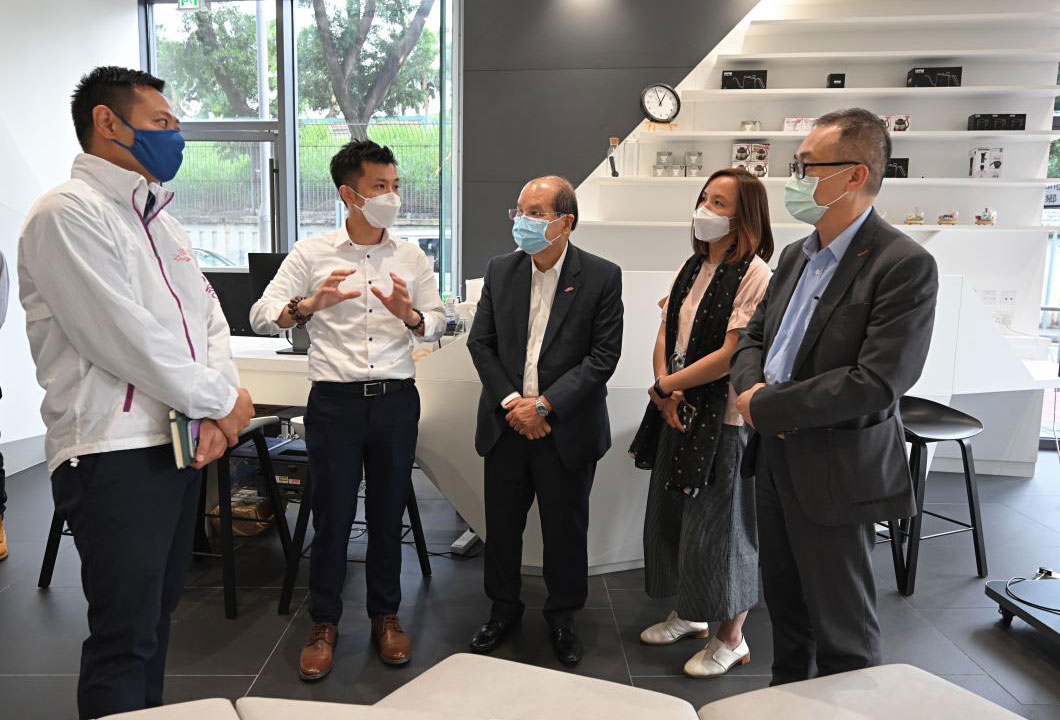 Visit to a youth hostel and a youth tenant's sharing

The Government cares about the development and growth of young people. Those who have just entered the workforce may hope for a living space of their own but find it unaffordable. To create favourable conditions for them to pursue personal development and realise their aspirations, the Government launched the Youth Hostel Scheme (YHS) which offers transitional housing at below market rent.

Last week, I visited YHS hostel PH2 in Tai Po to learn about its operation and latest development. Run by the Hong Kong Federation of Youth Groups, this hostel is the first of its kind to open for intake. I talked with some of its frontline youth workers about their experience of running PH2 in the past year, and listened to a young tenant's story about the life in the hostel.

Both the PH2 operating team and the tenant spoke favourably of the YHS. The five-year tenancy enables young people to enjoy not only a comfy accommodation but also multiple facilities and activities through which they can acquire life skills that will help them move upward in society and realise their aspirations.

The young tenant sees the hostel something more than below-market-rent accommodation. It is the unique experience of growth that counts. Tenants will get to expand their social networks, and become more self-confident and self-reliant. The sharing of living room and working space, for example, is a great opportunity for them to interact, learn from each other and foster mutual support.

Following PH2, a youth hostel project undertaken by Po Leung Kuk in Ma Tin Pok, Yuen Long is scheduled for completion next year (2022). Providing 1 680 places, this is the largest YHS project so far. Another five projects, which will offer more than 1 600 places in total, are currently in progress. They include the Sheung Wan project of the Tung Wah Group of Hospitals and the Jordan project of the Hong Kong Girl Guides Association. Funding approval was obtained from the Finance Committee of the Legislative Council in April this year for the main construction works of these two projects.

Last week, the Government announced the expansion of the COVID-19 Vaccination Programme by lowering the minimum age for receiving the Comirnaty vaccine from 16 to 12. Adolescents aged 12 to 15 can make appointments through the online booking system at www.covidvaccine.gov.hk for taking the Comirnaty vaccine at any of the 24 community vaccination centres (CVCs) starting tomorrow (June 14).

Meanwhile, special services are provided for teachers, students and parents to get vaccinated more conveniently. Such services include providing special appointments at CVCs, transport from and to schools, as well as outreach vaccination for schools which have suitable venues and a certain number of people ready for vaccination.

The Early Vaccination for All campaign, being the top priority for our society, is the first and foremost task of the Government. Hong Kong fought hard to achieve the current stable situation, and vaccination is the ultimate solution for us to ride out the epidemic. With proven safe and effective vaccines, members of the public need not be worried and should get vaccinated as early as possible, thereby building a herd immunity barrier which will bring our economy, daily life and travel back to normal.