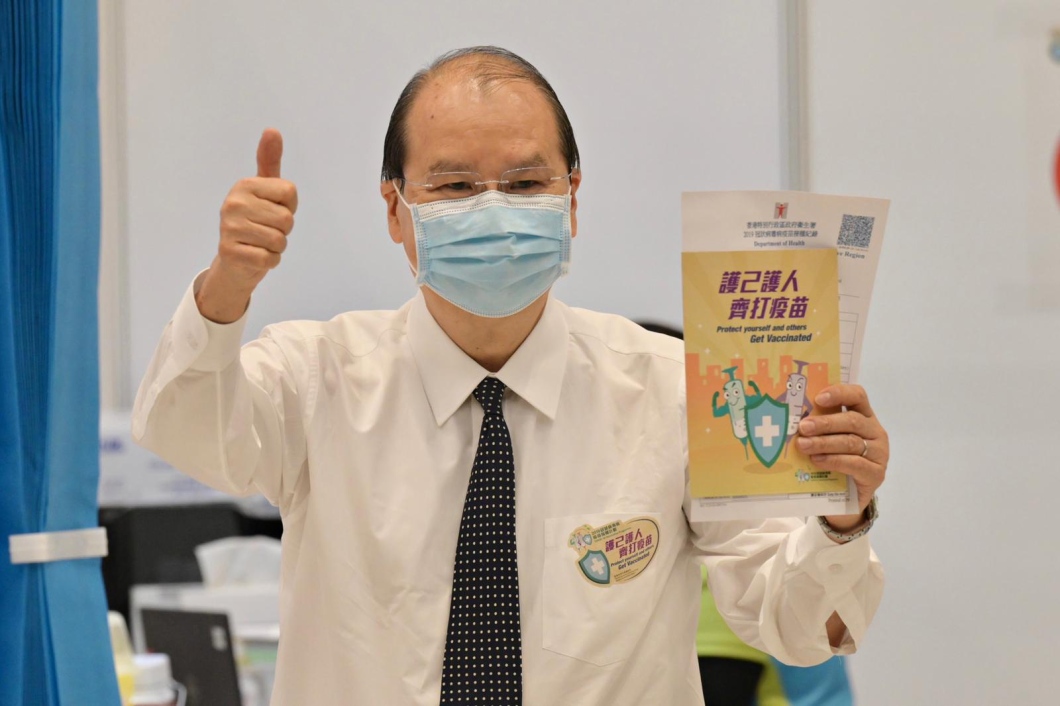 Even though COVID-19 has posed numerous challenges to Hong Kong, the Government has been steadfastly taking forward various projects with a view to building Hong Kong into a liveable city and bringing better quality of life to citizens.

One of the key measures for "Building a Liveable City" undertaken by the current-term Government is enhancement of the Victoria Harbourfront, which aims to make it an attractive, vibrant, accessible and sustainable world-class asset for public enjoyment. The Government has set aside a dedicated funding of $6.5 billion for implementing 13 key projects in collaboration with the Harbourfront Commission. Over the past six months or so, the harbourfront has been buzzing with various development projects. Six new promenade sections located at the Western District, Wan Chai, Kai Tak and Tsuen Wan have been open to the public since October 2020. Of these, the Wan Chai Waterfront Promenade connecting Tamar in Admiralty and the Hong Kong Convention and Exhibition Centre was open on May 7, adding a splash of green along the Wan Chai waterfront where the public can savour a panoramic and dazzling view of the Victoria Harbour.

Under an incremental approach, a new harbourfront promenade of six kilometres long has been completed, bringing the total length of the promenade to 24 kilometres. Our habourfront, once fragmented, is progressively linked up and extended. Not only has it become a 24/7 spot for leisure and sports, it is also a popular route for people to get around. The Government is working full steam ahead with the preparatory work for opening up more harbourfront promenades. For example, the construction of the Boardwalk underneath the Island Eastern Corridor and the open space at Eastern Street North in Sai Ying Pun is expected to commence this year so that more enjoyable and accessible space along the harbourfront can be open to the public as early as possible. In her 2020 Policy Address, the Chief Executive announced to implement the Invigorating Island South initiative to develop the Southern District into a place full of vibrancy for people to live, work and have fun. In February 2021, the Development Bureau set up the Invigorating Island South Office (IISO), which is tasked with formulating a Conceptual Master Plan (CMP) to set out main ideas and proposals for the Wong Chuk Hang, Aberdeen and Ap Lei Chau areas. The IISO will give careful consideration to local views in preparing the CMP, and work in collaboration with relevant bureaux and departments to implement the initiative.

The Government will beautify public space and cityscape through "place making". For example, we will improve the open space near Heung Yip Road and study the feasibility of revitalising Staunton Creek Nullah to create a public space for more community interaction and enhance the connectivity of the riverside with surrounding areas. We will also look into ways to release some of the space along the waterfront of Shum Wan Road and Po Chong Wan for improving the pedestrian environment. Built along a typhoon shelter, Aberdeen boasts a waterfront promenade ideal for both working out and chilling out. Its waterfront connectivity will be enhanced as part of the initiative.

In tandem with the Invigorating Island South initiative, the future development strategy of the Ocean Park will be taken forward progressively to transform the theme park into a holiday resort focusing on conservation and education, grounded in nature and complemented by adventure and leisure elements. Meanwhile, preparatory work for the construction of two piers has also commenced.

In view of the high occupancy rate of the Aberdeen Typhoon Shelter, the Government is looking into expanding the shelter area and vessel berthing area as well as providing more landing facilities. In addition, we are going to develop a water sports centre at the rehabilitated Shek O Quarry site under public-private partnership in a bid to provide better facilities for water sports enthusiasts. The project will be put out to open tender in due course.

The Government has been proactively promoting the concept of "single site, multiple use", and exploring the consolidation or redevelopment of some existing facilities in the Wong Chuk Hang area with a view to making optimal use of land resources and meeting the needs of local community. Multifaceted and diversified in nature, the Invigorating Island South initiative is integral to our development into a liveable city.

City-wide support for the Olympics and Hong Kong athletes

The Government is committed to promoting sports development in Hong Kong and investing in the development of more sports facilities. Constructed with a funding of $31.9 billion, the sizeable Kai Tak Sports Park will come with a wide variety of world-class sports facilities upon completion in 2023, and its substructure, basement and superstructure works are underway.

The Olympic Games are the world's largest and foremost sporting event in the limelight, which is estimated to attract over three billion television viewers worldwide. Having regard to the epidemic situation and the difficult business environment faced by local broadcasters, the Government announced last week that it had, for the first time, purchased the television broadcasting rights of the Tokyo Olympics for airing by five local television broadcasting licensees. Hong Kong citizens could then watch for free the televised live Olympics events, particularly those participated by Hong Kong athletes.

The Government's purchase of the broadcasting rights will not only provide a means for Hong Kong citizens to cheer for our athletes, but also enhance general interest in sports and foster a sporting culture throughout the territory.

The Government continues to adopt precise, pragmatic, decisive and swift strategies for keeping the epidemic in check. For instance, all foreign domestic helpers in Hong Kong are required to undergo compulsory testing for the second time during the period from May 15 to 30, while residents in the same building where mutant strain cases are involved have to get tested more frequently. With the epidemic situation stabilising and daily life getting back to normal, all schools may fully resume half-day face-to-face classes with effect from May 24. The first phase of social distancing measures under the "vaccine bubble" was also rolled out in an orderly manner and will be extended for 14 days until May 26. Such measures include maintaining the restrictions and requirements applicable to catering business premises and scheduled premises, as well as the requirements for group gatherings and mask wearing.

As the epidemic is gradually brought under control, the last thing we want to see would be its resurgence or even a drag on Hong Kong's recovery. After all, vaccination is the best antidote against COVID-19 at the moment. Although the recent cases of mutant strains have not become widespread in the meantime, each and every one of us should stay alert and get vaccinated as soon as possible, so as to protect ourselves and others and contribute towards the goal of herd immunity.

One or two initiatives alone would not be sufficient to build a liveable city. The Government will keep abreast of the times and adopt a multi-pronged approach in devising short, medium and long term measures for addressing land and housing issues, improving our business and living environments, boosting Hong Kong's competitiveness, and investing in education, healthcare and welfare. All these are conducive to the city's continuous development into a more liveable and sustainable global metropolis.

Security and stability are solid cornerstones of a liveable city. The implementation of the Law of the People's Republic of China on Safeguarding National Security in the HKSAR (National Security Law) on June 30, 2020 is surely an instant remedy for restoring order from chaos and getting our city back to normal. Following the enactment of the National Security Law last year, the Central Government took the initiative to improve Hong Kong's electoral system for bringing the city back to the right track of good governance. The HKSAR Government is seeking to have the Improving Electoral System (Consolidated Amendments) Bill 2021 passed as soon as possible by the end of this month, so that extensive preparatory work for the coming elections may proceed.

In addition, the Public Offices (Candidacy and Taking Up Offices) (Miscellaneous Amendments) Bill 2021 was passed by the Legislative Council last week and will take effect on the gazettal day of May 21. Under the Bill, public officers, including District Council members, will be required to take an oath to uphold the Basic Law and bear allegiance to the HKSAR. The implementation and improvement of the oath requirements for public officers are meant to resolve the problems at root, and complement the National Security Law and the improved electoral system. It is a significant move not only in upholding the constitutional order of the HKSAR and further ensuring "patriots administering Hong Kong", but also securing the steadfast and successful implementation of "One Country, Two Systems" for the long-term stability and safety of Hong Kong.